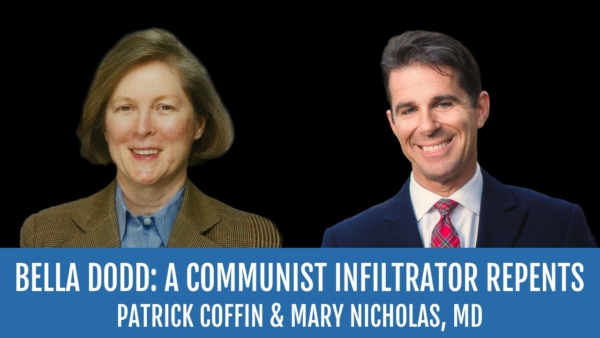 Many people have heard the story of the former Communist Party leader Bella Dodd deployed “over 1000 communist agents” into American seminaries to infiltrate the Church. But if you read Bella Dodd’s autobiography, she makes no mention of it.

So who exactly was Bella Dodd and how do we know she did this? Researcher Dr. Mary Nicholas has written an impressive, albeit not yet published manuscript on Dodd’s life. Finally, historical documentation about the plan to infiltrate and dominate the Catholic Church from within. 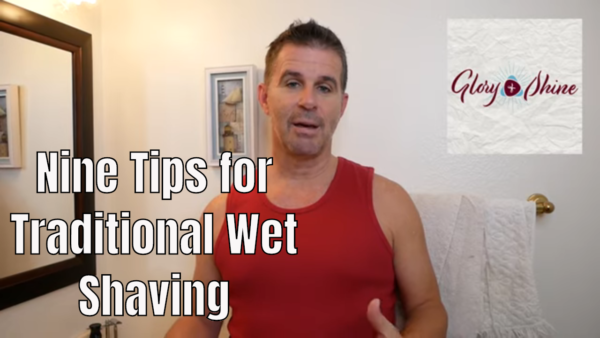 In this tutorial, I teach you how to shave using the traditional wet shave (safety blade, not straight razor) thanks to the incredible men’s products over at Glory and Shine.
Once you click here to the products recommended in this video, use the coupon code COFFIN at checkout to get the PCS listener discount on these fine products. (See below.)
That’s for starters. Check them out. I promise you won’t be sorry. I only wish I discovered this company earlier. Bravo!
No one asked me to do this, fyi, but I’m such a fan of Glory and Shine (a Catholic-owned family business in Idaho started by Mr. Gratzinger) and because I talk about their products on The Patrick Coffin Show, I wanted you to see them in action.
Please note: I’m only showing the shave gear side of what the company offers. They have line after line of high-quality men’s grooming products (lip balm for real men, lotion bar deodorant, beard oil, soaps, etc). I do NOT endorse anything I don’t personally use, and I use these daily.
The traditional wet shave, if done properly, means you’ll never go back to goopy stuff that comes out of an aerosol can using disposable razors. Have you seen how much those “five-blade holder” refills from Schick or Gillette will run you these days?
Each product comes with traditional prayers in Latin to help create a kind of manly spiritual ethos to the morning ablution routine. (Fact check: true.) No need to rush your ritual. Slow down and enjoy the reflective time away from the noise. Get a short prayer in as you administer the closest shave of your life without going to a professional barber.
Here are the nine easy steps to shave like your grandpa.
1. Find your hair direction, using your palm or the edge of a credit card. Every man is different, and each part of the face creates different directions of hair growth. See # for what this matters.”
2. Prepare your face. Splash with hot water, but not “ouch, that’s too hot” hot, or soak a facecloth and apply to your mug for 30 seconds or more. If you start with a hot shower, that more than suffices. You want your beard growth to be supple and tame.
3. Lather the soap and apply it on both cheeks, chin, above the lips, and your entire neck. Watch for bubbles in the lather. Bubbles mean your mixture is too diluted and needs a bit more lathered cream. Truly, a little goes a long way. Solid whipped cream is the consistency you’re going for.
4. Do the first pass. Keep your razor strokes to under three inches of blade-to-skin contact. Take your time. You’ll notice a massive difference from the Walmart stuff you’ve been using all these years. A safety blade shave is a hot knife plowing through butter with ease. And the first pass goes in the same direction as your beard pattern.
5. Rinse off all signs of lather. Enough said.
6. Apply another round of lather and do the second pass. This time, the blade goes against the direction of your beard. Go over areas you missed.
7. Cold rinse. As cold as you can take it, close up them pores! You are DONE, brother!
8. Apply balm. Even if the shaving cream doesn’t have a drying effect on your face, skin balm is highly recommended.
9. Aftershave is the lighter version of cologne. Some men find cologne too harsh smelling or harsh feeling on your face. That’s a personal thing. Check out the website link for some mild scent options. 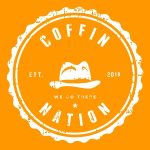 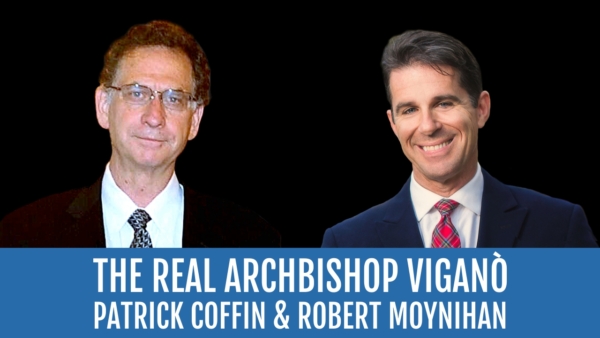 A new book uncovers previously unknown facts about the man who publicly called for the resignation of Pope Francis, former US Nuncio Archbishop Carlo Maria Viganò. Written by Robert Moynihan, founder and editor of Inside the Vatican magazine, Finding Viganò: The Man Behind the Testimony that Shook the Church and the World takes you into the sequestered Archbishop’s mind and heart, and is based on several clandestine meetings with His Excellency. 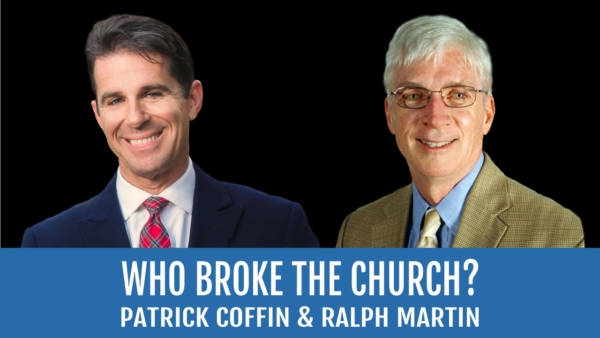 Almost 40 years ago, Ralph Martin diagnosed the doctrinal and moral ills (which are often paired) of the post-Vatican II Catholic Church. His analysis and prescription for a return to health filled his book Crisis of Truth, one of the most important books of the period.

Now it’s 2020, and the Church is in much worse shape. The cover of Dr. Martin’s new expanded treatment of similar issues, A Church in Crisis: Pathways Forward, is emblematic of the state of the Church: the fires raging through Notre Dame Cathedral from last year.

The terra firma of Catholic authority is even more subject to upheaval and confusion under Pope Francis. 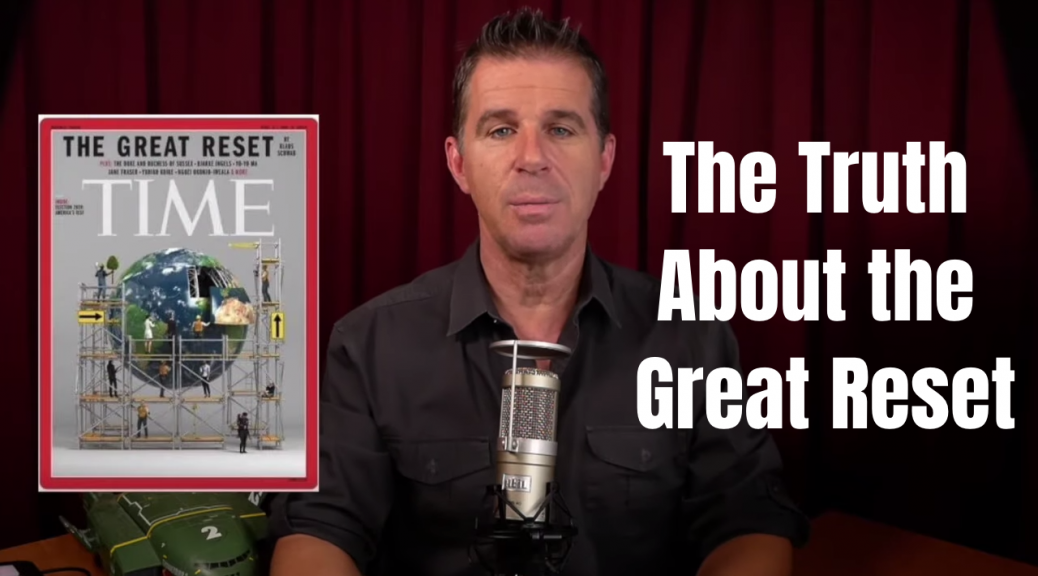 The Truth About the Great Reset

The Great Reset is all the rage. Because we identify reset with a computer upgrade, it’s sold to us as something good. If a reset is good a great reset must be great. Right? The phrase comes from the founder and CEO of the World Economic Forum, (Schwab) Klaus Schwab. Mr. Schwab and his fellow oligarchs have been trying to gain some traction with this great reset saying for years without much traction. In fact, in a short propaganda video, the World Economic Forum predicts a world where, “You’ll own nothing, and you’ll be happy” and that everyone will rent everything they need.

The ground was softened in a June 2020 essay on the web site of the world economic forum where we learn the three main components to the great reset.

Number one: steer the market toward fairer outcomes.

Number two: ensure that investments advance shared goals, such as equality and sustainability.

In this video, I describe the Fourth Industrial Revolution and its inauguration of transhumanism, the literal fusion of artificial intelligence, and the digital world with the human person. We are at the beginning of transhumanism, which is another man-made desire to become other than a creature made in God’s image and likeness. So what is really being reset is the definition of man. Only one-world system of government operates when man is defined as an instrument or a cog in a machine and that is Communism. The Great Reset players are: the Bill and Melinda Gates Foundation; the GAVI Vaccine Alliance; the people who used a minor named Greta Thunberg to advance a globalist agenda; it’s the Rockefeller Foundation and every billionaire who splashes the word “philanthropist” on his business card; it’s Anthony Fauci and big Pharma; it’s Jack (Dorsey) “ZZ Top” Dorsey and Big Tech.

Finally, putting his stamp of approval on the great reset is…..Pope Francis. The World Economic Forum website barely contains their glee because Pope Francis “deftly excommunicated about a half-century’s worth of economic ideology.” The Great Reset represents the very old temptation to make paradise on earth….A form of technological and economic messianism. In the words of the Prophet Johnny Cash, “they want the kingdom of God but not God in it.” 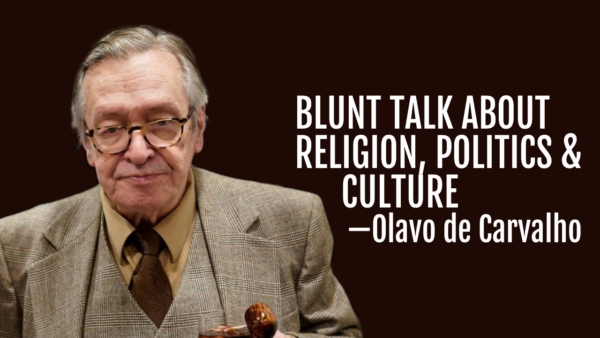 Olavo de Carvalho uses new technology to communicate with his students and internet followers, which number in the millions. For the Brazilian born writer and philosopher (and former Communist sympathizer), the battle against the Left is personal.

Seen as instrumental (Olavo doesn’t lend much credence to this assessment) in the rise of Brazil’s conservative President Jair Bolsonaro, who was elected in October 2018, the largely self-taught Olavo is committed to cultural restoration and teaching people of the permanence of traditional institutions.

His writing reflects a polemical style that touches on a wide array of political and philosophical topics. He has little respect for anyone who helps leftist causes and hence has a low opinion of Pope Francis. One never needs to guess where Olavo stands.