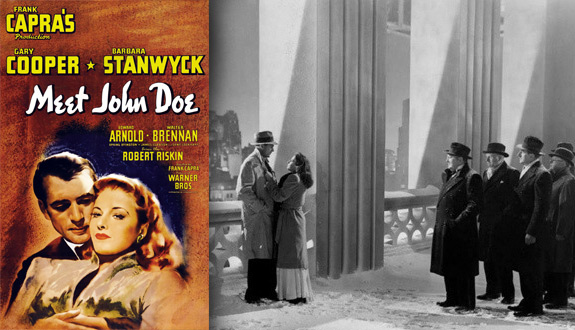 “Meet John Doe” is surprisingly current, even timeless, in its examination of ambition, identity, and repentance
Patrick Coffin

Bring to mind a scene from a Frank Capra movie: a good man stricken with despair stands at a great height pondering suicide; the snow falls softly all around; it’s Christmas Eve.

No, not It’s a Wonderful Life.

I mean the other Capra movie involving the contemplation of suicide on Christmas Eve: the unsung 1941 classic Meet John Doe, that lesser-known of Capra’s odes to Everyman.

Meet John Doe is a story of careers lost, ambitions thwarted, and love unrequited. Well, not quite. In today’s parlance, it’s complicated. Feisty reporter Ann Mitchell (Barbara Stanwyck) has been fired from her gig at the newspaper. When told she owes her boss one last column, she bangs off an angry letter to the editor, “a protest against man’s inhumanity to man and the state of the world.” The last line is a threat to jump off City Hall at midnight on Christmas Eve. And she signs it “John Doe,” an imaginary character who channels her resentment at being let go by her new boss, Mr. Cannell (James Gleason).

That last column generates so much interest in the readers that Cannell decides to put an ad out for ne’re-do-wells who’d like to make some money posing for photos as an angry John Doe. They want a human tabula rasa, a willing candidate for an extreme media makeover.

After an amusing audition montage, who ambles in but a rugged, half-starved bush league pitcher named Long John Willoughby (Gary Cooper at his understated best). Lanky Long John has fallen on hard times and is now accompanied by his rail-riding pal, the Colonel (Walter Brennan), a confirmed hobo and anti-establishment sage. The Colonel smells corruption everywhere and he spends the rest of the movie trying to pull his boxcar buddy away from the “heelots.” Screenwriter Robert Riskin put together one of filmdom’s great comedy speeches, which is worth quoting at some length:

All those nice, sweet, lovable people become heelots. A lotta heels. They begin creeping up on you—trying to sell you something. They’ve got long claws and they get a stranglehold on you—and you squirm—and duck and holler—and you try to push ’em away—but you haven’t got a chance—they’ve got you! First thing you know, you own things. A car, for instance. Now your whole life is messed up with more stuff—license fees—and number plates—and gas and oil—and taxes and insurance—and identification cards—and letters—and bills—and flat tires—and dents—and traffic tickets and motorcycle cops and court rooms—and lawyers—and fines, and a million and one other things. And what happens? You’re not the free and happy guy you used to be. You gotta have money to pay for all those things—so you go after what the other feller’s got. And there you are—you’re a heelot yourself!

Despite the warning Long John agrees to go along, having been promised that the injured arm that killed his big league ambitions would be repaired. Slowly accepting his new John Doe identity, he indeed becomes a heelot.

Angus McPhail, a friend of Alfred Hitchcock, is credited with coining the term “MacGuffin” to mean any object, person or objective that drives a story’s plot. It could be uranium in wine bottles (Notorious), the way home (ET), or the ark of the covenant (Raiders of the Lost Ark). It doesn’t really matter. But for Long John Willoughby, his MacGuffin is his true identity.

Meet John Doe is an extended exploration of the structures of identity. Not only about who John Willoughby is, but what America is, what kind of politicians should govern her, and why. Willoughby had already implicitly agreed to be defined by the Long John moniker by the baseball fans who anointed him with it. As John ruefully admits to Ann, the fans only represented bodies in the bleachers who were there to watch him pitch. His identity was a high-functioning right arm, a small part of his whole. Take that away and you’ve taken away his Self, as he comes to see late in the story.

Also arriving late is the antagonist. He is D.B. Norton (Edward Arnold), an evil Daddy Warbucks-type publisher (sans the tender heart underneath) who has bought the newspaper that (re)hired Ann Mitchell. He embodies Oscar Wilde’s definition of a cynic: he knows price of everything and the value of nothing.

As the Doe/Miller columns generate a massive amount of interest and as circulation rates skyrocket, three complications ensue. First, John Willoughby begins to fall in love with Ann, the brains behind his newfound fame. Second, Ann herself falls for the hero of her making—the John Doe of her speeches, chiefly because they instantiate her late beloved father. Finally, Norton sees in the spread of a national network of John Doe Clubs (which arise to nurture and spread Doe’s simple message of the Golden Rule, apple pie, and loving thy neighbor) a chance to form a third political party, with—guess who?—D.B. Norton as the natural candidate for president of the United States.

Long John’s discovery that he’s allowed himself to be molded into a useful idiot in a ruthless politico’s scheme triggers a deep interior crisis. Again, this crisis is fundamentally about identity. He has sold and resold himself and he knows it. And with the prospect of love betrayed—by the woman whose speeches he has earnestly spouted Cyrano de Bergerac-style—he decides to leap off the very City Hall and at the exact time promised in Ann’s first column. Irony.

Crowds play a vital role in Capra’s films. He frequently explored the ways in which institutions and organizations impinge upon and shape the destinies of individuals and families. Crowds function almost as a single character, with collective moods, inflections, and shifting biases. It’s the throng of bank customers in American Madness (1932), the neighborhood in You Can’t Take It With You (1938), and the Senate in Mr. Smith Goes To Washington (1939).

In Meet John Doe, D.B. Norton represents the manipulation of crowds for political, and patently narcissistic, ends. Norton’s tactics, indeed, include courting and paying off of “labor,” and Riskin includes a reference in the same scene to Norton’s “ruling with an iron hand” a la Stalin (a Russian handle meaning “man of steel” adopted by Josef Vissarionovich Djugashvili in his 30s). I argue that the convention scene that brings Willoughby to the slippery edge of despair uncannily anticipates the tactics taught in the Saul Alinksy manual Rules For Radicals. Which is why critics who identify D.B. Norton’s politics with fascism or right-wing ideology are, like Bogart in Casablanca, misinformed.

Norton stands in the story at one end of a personal and political spectrum with his cynicism, greed, and embodiment of a corrupt political system. At the other end stands the Colonel, with his own brand of anti-greed cynicism and an anarchical rejection of all monetary and political systems. They are two sides of the same coin, with “Doe” and Mitchell living on the coin’s edge.

The final scenes atop City Hall are a tribute to cinematographer George Barnes, who bathes the final tense moments in unearthly light: a moody cityscape gently covered at midnight by outsized snowflakes falling with infinite softness. The last ten minutes depict the melancholia that can sometimes suffuse the Christmas spirit.

Here a repentant Ann, weak with fever, delivers an impassioned speech to the resolutely suicidal John that invokes Jesus Christ. “John, look at me,” she insists. “You want to be honest, don’t you? Well, you don’t have to die to keep the John Doe idea alive! Someone already died for that once! The first John Doe. And He’s kept that idea alive for nearly two thousand years.” This bit of dialogue is almost certainly the uncredited work of screenwriter Miles Connolly, sometime collaborator and close friend of Frank and Lu Capra’s.

Is so explicit a Christian reference imaginable in the Hollywood of today? In the golden age of American cinema, filmmakers were attuned to the worldviews and beliefs of their audiences. So a Jewish Riskin, a lapsed Catholic Capra, and a fervently (“violently” is Capra’s adjective in his 1971 autobiography The Name Above the Title) Catholic Connolly together could adapt an earlier treatment by Richard Connell and Robert Presnell, and, along the way, snagged the film’s only Academy Award nomination (for Best Original Story). Creative ecumenism at its best.

Meet John Doe places you under its spell for a long patch afterward. The Capraesque theme of the power of the common man overcoming absurdly bad odds is there, but this time in much darker hues than the other films in the Capra canon.

As mentioned, comparisons to It’s a Wonderful Life (1946) are inevitable. While Meet John Doe is not the same kind of direct homage to the tinsel-bedecked hope of Christmas, its premise yet centers upon the victory of life over death and builds to a Christmassy climax of its own. 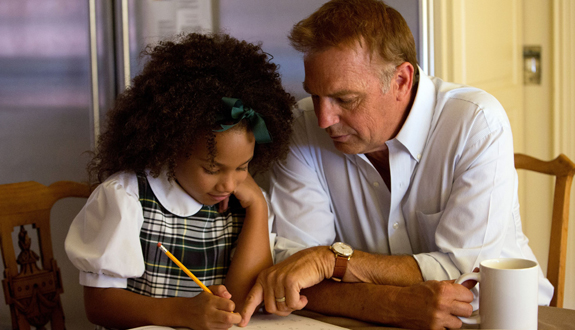 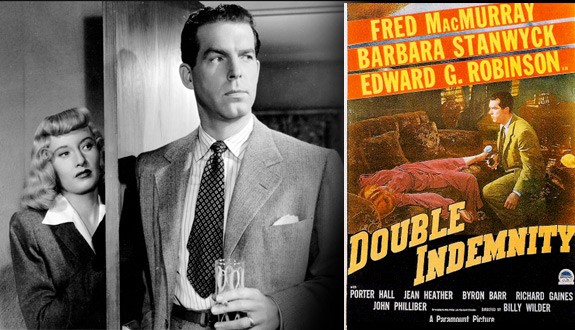 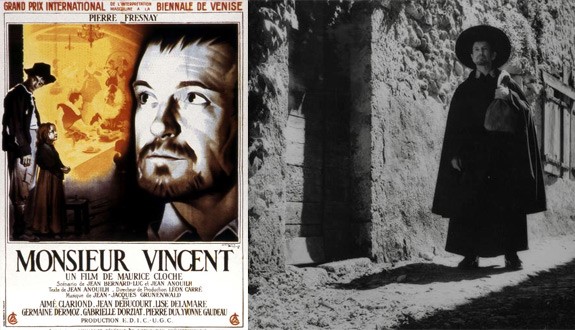 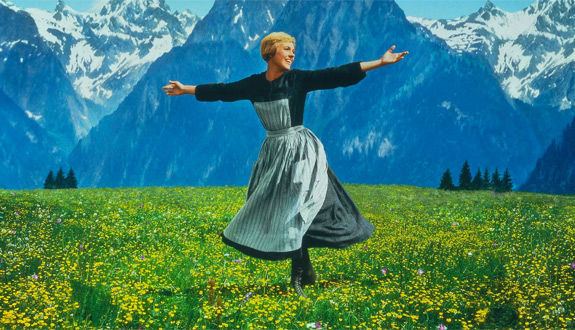 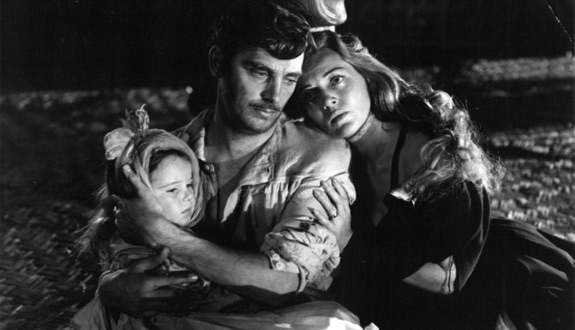 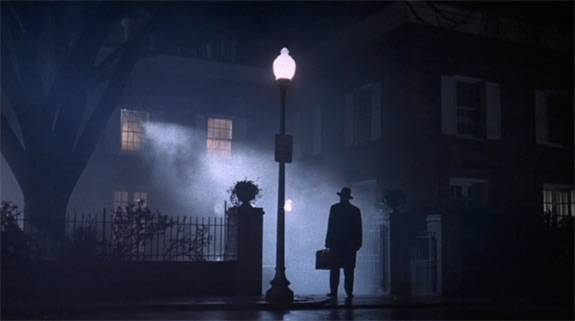