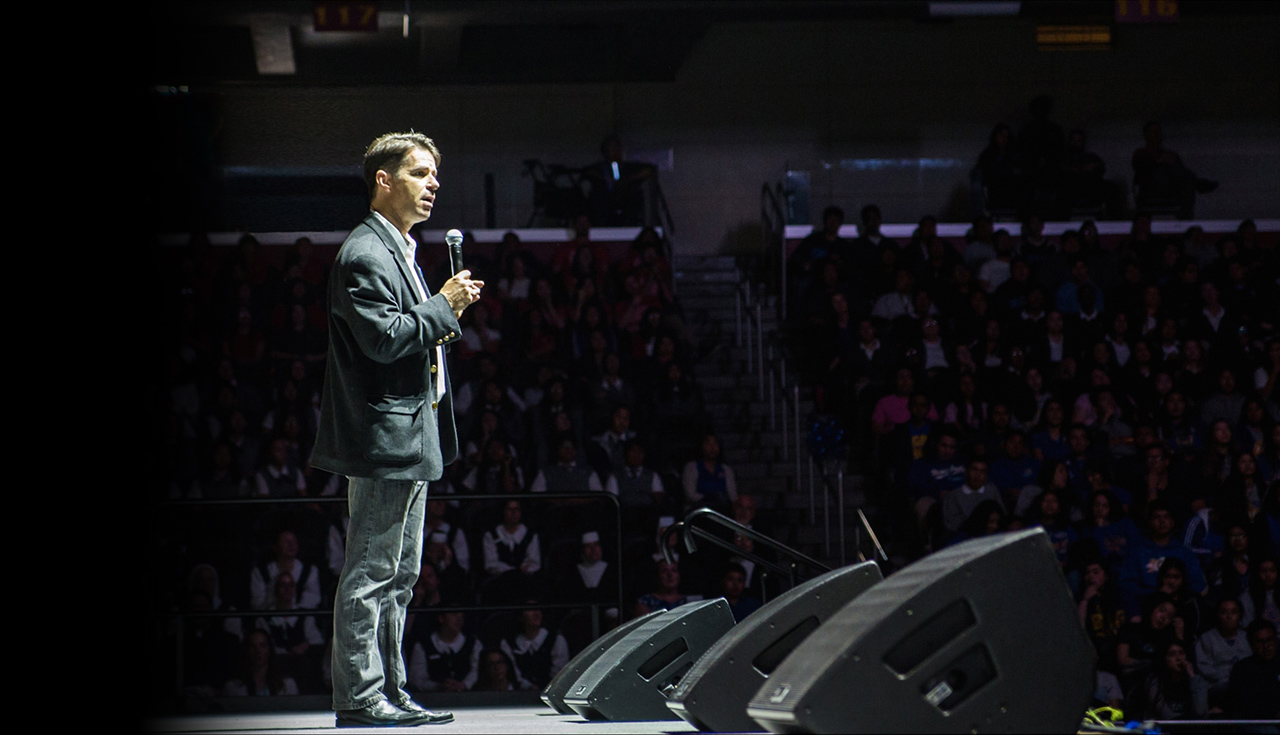 NEED A GREAT SPEAKER TO
ENERGIZE YOUR NEXT EVENT?

I have been a professional conference speaker for over 20 years, and I know how to connect with an audience in an inspiring and memorable way. Whether you’re hosting an intimate seminar, a ballroom gala, or a stadium-sized conference, I’d be honored to provide your attendees with highly engaging, actionable, content.

“We have no one like Patrick Coffin in Britain: I wish we had. His calm, reassuring tone of voice, and pertinent, intelligent questions, are such a pleasant contrast to the impatient, aggressive interviews on the secular media.”

Below is a list of my most popular keynote talks. I can however give a talk on other topics and I always customize them to meet the interests of your audience and the goals and theme of your event.

THE MEDIA’S ROLE IN THE WAR ON THE FAMILY

The invention of the wireless radio, which made place irrelevant, and the rise of its visual extension known as television, have revolutionized mass media in ways that are as influential as they are hidden. In the 1940s, the two-parent family was essentially intact and promoted by the surrounding culture. By the late 1960s, with the rise of the failed Sexual Revolution, with the widespread rejection of the ancient Christian position against contraception, the mainstreaming of pornography, and the legalization of abortion, the family has been under sustained attack. This talk traces the history of anti-family messaging since then, and provides practical tools for parents to combat and counter the prevailing assumptions sold to us as media consumers.

MAN UP: EMBRACING THE KEY TO MANHOOD

This is a talk for men who want more from their life, their marriages, their jobs, and their interior lives as Christians. Our culture throws all kinds of models and ideals at men, and how men should, think, act, look, and feel. Very few of them call men to the standard of the gospel. Man Up! is both inspiring and challenging because Patrick draws on his own life experience as a leader, father, and husband. But he insists that none of these three important roles are the most important of all.

THE DICTATORSHIP OF RELATIVISM (ALSO GOOD FOR CATHOLIC CAMPUSES)

Relativism is the doctrine that there are no absolute truths, i.e., that truth is always relative to some particular frame of reference, such as a language or a culture. It’s one of the most prevalent errors of post-modernity. Learn how to spot it, refute it, and stand up to the bullies who try to impose it.

The term “politically correct” originated in Communist and Nazi usage in the early 1930s. No surprise there. If you stand for free speech, you know that its mortal enemy — especially on university campuses, is PC culture. Learn how to fight back effectively and persuasively.

MASTER OF CEREMONIES (AKA LET PATRICK RUN YOUR SHOW)

Patrick has been emceeing conferences and fundraising galas for over 20 years. Whether it’s a parish setting, in a hotel ballroom, or in a stadium, your event should unfold properly, and with panache and professionalism. Patrick sprinkles his work as emcee/host with humor, clarity and never fails to include some jaw-dropping magic along the way from his professional repertoire. After so many months of hard work and planning, you deserve to enjoy your own event. Leave it in the capable hands (and voice) of Patrick Coffin so you can be present to your guests and friends.

THIS IS WHAT YOU CAN EXPECT FROM ME

THIS IS WHAT OUR CLIENTS ARE SAYING

“Patrick is a dynamic, energized and well-formed speaker. He was our 3rd speaker at our conference… He commanded the attention of the 1000 men and led them through a powerful, insightful and formative talk that was one of the highest rated of the day. We will have him back again!”

“It’s a big leap for a church to put on an event of this magnitude. Even though we didn’t go over your content in advance, I knew what we would get. After listening to you host Catholic Answers for over 7 year, it was very easy to envision your presentation in our church. The only real negative feedback I received was people wanted more. It was great working with your team!”

“Patrick Coffin is like no one I’ve ever met. He’s an extraordinary radio host, a common sense intellectual, a filmmaker, and an everyday comedian. Patrick is a rare gem.”

“Patrick Coffin is part of a growing and increasingly successful effort to engage with religious matters in a manner that is evidently relevant to the modern world, unmoored from its foundations as it has become.”

Professor of Psychology
University of Toronto

TO BRING ME TO YOUR NEXT EVENT